Overcoming high entry barriers with a low-cost, steppingstone acquisition in the UK with focus on:

The producing licences are: 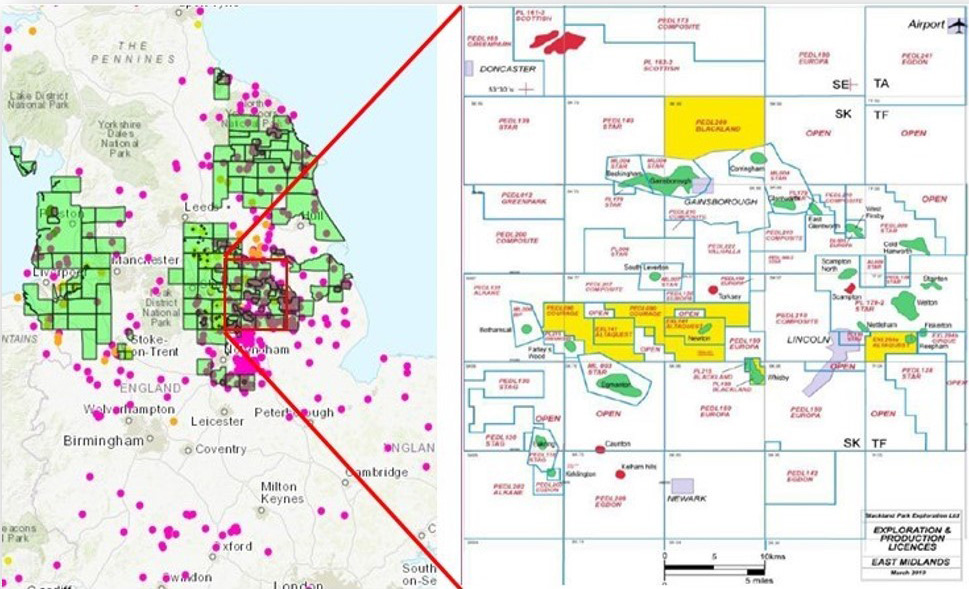 Six wells at Whisby have produced so far, some 860kbbls from a thin basal carboniferous sand named the Rough Rock or Basal Sandstone. It varies in thickness between 0.8 and 4 metres, but is of very high quality and capable of producing at rates of more than 100 bopd per well

No systematic / integrated geological and reservoir engineering studies conducted since BP departed the block in the 1980’s.

Initial appraisal has revealed potential for an additional producer [sidetracking existing well] to unlock reserves in the range of 0.5MMboe. 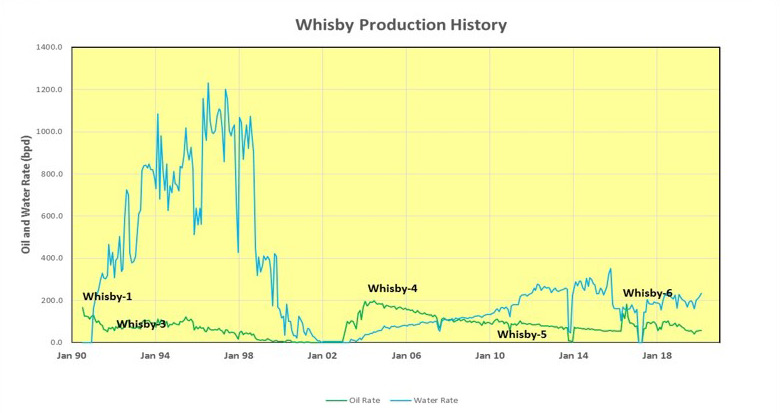 Newton-1 well was drilled through oil and water legs of Carboniferous Crawshaw and Longshaw horizons and produced some 50,000stb of oil before watering out.

The interpretation clearly shows that N-1 well was drilled downdip of a significant four-way dip closure, while most of the oil lies updip of the well.

Our reinterpretation estimates a STOIIP of c.2.7 MMStb as follows:

Estimated recoverable reserves in the range of:

Forecasts are based on well decline trends for Whisby, and on a ground up evaluation of STOIIP from seismic interpretation, well logs and field analogies in the virtually undeveloped Newton on Trent field.

Additional development to deliver up to 1.5MMStb to stream, with additional daily production ranging from 150boepd [low-case] to 500boepd [high-case].

We use cookies on our website. Some of them are essential for the operation of the site, while others help us to improve this site and the user experience (tracking cookies). You can decide for yourself whether you want to allow cookies or not. Please note that if you reject them, you may not be able to use all the functionalities of the site.